After a three year hiatus, the Great Bend Chorale and Youth Chorale resume their tradition of a fall masterwork performance with Vivaldi’s magnificent Gloria, RV 589. The Red Priest’s setting of this Catholic hymn has resonated with audiences in ways that he could never have imagined. Since it’s discovery about a century ago, at least 100 recordings of have been made in addition to the many film and television soundtracks it has graced.

Great Bend’s work is to explore the ways music can be used as a community development tool to build educational equity, health & wellness, and civic engagement. We make music that builds community.

Learn more about our vision!

Antonio Vivaldi, Sinfonia for Strings in B minor – RV 16

I. Gloria in Excelsis

The Sonata and Sinfonia Al Santo Sepolcro, RV 130 and 169, are unusual works in Vivaldi’s output. Both are in two movements, an adagio and fugue, and seem as if they were intended to accompany some paraliturgical service between Maundy Thursday and Holy Saturday in the chapel at the Pieta. Probably composed around 1730, both are characterized by musical gestures expressing grief, and their contrapuntal textures and rich chromatic intensity place them far apart from the dazzling virtuosity often associated with the music of the Red Priest. In the Sinfonia, in particular, chromaticism is used as a structural element, from the introductory movement to the two fugue subjects — one ascending and the other descending — that intersect in an undoubtedly specific allusion to the cross as an image of the Passion and Vivaldi’s awe at the message of redemption.

Commonly known as Handel’s ‘Largo of Love’, Ombra mai fù is the opening aria in the 1738 opera Serse. Sung by the character Xerxes I of Persia, the vocal part is composed for a countertenor. To set the scene of the aria, there is a nine bar instrumental from the chamber ensemble (composed of a chamber string group and a harpsichord). The slow and melancholy tone is set for the voice to enter freely. The title of the aria translates into ‘Never was a shade’, and within the context of the opera, Xerxes is singing about the admiration and love he has for the shade of the plane trees with a deep feeling of awe and gratitude.

Ordained in the Roman Catholic tradition, and nicknamed il Prete Rosso – the Red Priest – for his shock of red hair, Antonio Vivaldi’s Gloria in D major, RV 589 was probably composed in Venice sometime after 1713 and before 1717, shortly after he retired from full-time teaching at the Ospedale della Pietà. The score was clearly intended for performance by the orphanage’s gifted chorus.

Arguably his most significant work, the score disappeared after Vivaldi’s death and remained undiscovered for nearly two centuries until, in the late 1920s, it was found buried among a pile of forgotten manuscripts. But even then, it still was not performed until September 1939 in Siena in an edition by the composer Alfredo Casella. This was by no means an authentic edition (he described it as an “elaborazione”), as he embellished the original orchestration and cut sections from three movements. It was not until 1957 that the now familiar original version was published and given its first performance at the First Festival of Baroque Choral Music at Brooklyn College, NY.

In the Roman Catholic tradition, the Gloria text is a hymn of praise used as the second part of the Ordinary of the Latin Mass, after the Kyrie. It begins with the words of the angels, as recounted in the Gospel of Luke: “Glory to God in the highest, and on earth peace to men of good will.”  The piece is in twelve sections, each distinguished by a different musical setting. Eight of the numbers are composed for the entire chorus; the remaining four feature soloists, singing either alone or with other performers. The wonderfully sunny nature of the Gloria, with its distinctive melodies and rhythms, is sure to brighten not only our return to live performance, but the kick off to the holiday season. 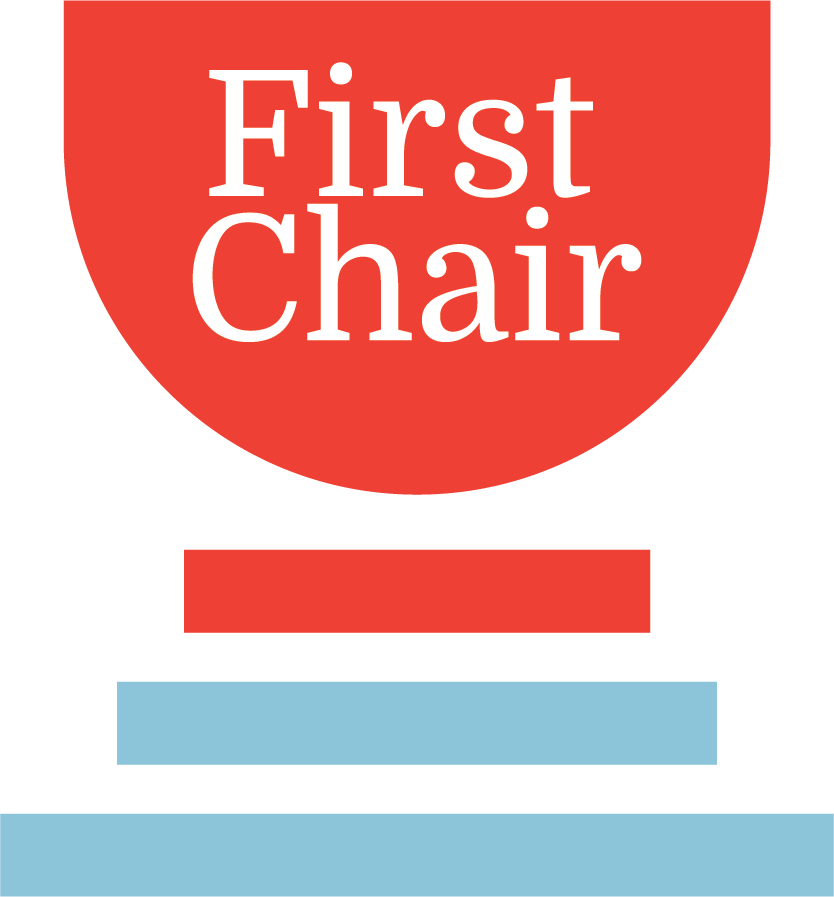 First Chairs are the principals of each section of the orchestra, responsible for each section’s unity and musicianship.

Likewise, Great Bend First Chair patrons will provide leadership throughout our community, each communicating as an insider about Great Bend’s vision to establish North America’s first center for applied research in community music in Mason County, and helping to ensure that news and information about our progress is delivered in the most orchestrated of ways.

Each First Chair patron will receive a number of acknowledgments, but the primary is a named chair or chairs in the proscenium theater of our planned center. Patrons also receive: